The World Science Festival is a public science education program that gathers the greatest minds in science and the arts around the world to discuss the latest scientific findings and controversial value issues each year in NYC. As a first timer attending this festival, I enthusiastically signed up 8 sessions (each session is 90-minute long):

Topics I had little background knowledge:
CRISPR in context: the new world of human genetic engineering
We will be Martians
Revealing the mind: the promise of psychedelics
Can we “cure” deafness and blindness? Should we?

Topics I was interested to know more:
Making room for machines: getting ready for AGI
Rethinking thinking: How intelligent are other animals
The reality of reality: a tale of five senses
Cool Jobs

90 minutes is a lot to ask from audience when it comes to panel discussion session, especially when it comes to unfamiliar science topics. However, WSF did an amazing job to plan these panel discussions into “science show”, that provides the perfect intro class for general public. I think there are three factors that qualify these sessions not “lectures” but “shows”.

Intriguing composition of the panel

We have to admit that scientists are not really like celebrities in general public’s mind. The academic experience and science awards under their belts might be helpful to convey credibilities, but having 4 professors from the same domain might risk to make the discussion intimidating rather than intriguing. To cover both the hard science and the social implications, the panelists represent different but related fields. For example, the session about psychedelics, we had an addiction psychiatrist talking about the latest research findings and application, a neuroscientist talking about the mechanics, a psychologist focusing on children’s learning providing different angel to understand the impact on brain, and an anthropologist sharing the role of psychedelics in the Amazonian culture.

Instead of introducing all the panelists at the beginning like most of the formal panel discussion, the WSF sessions use audience-centered openings. The focus is not who the panelists are, but helping the audience frame a couple of compelling anchor questions. As for the storyline, take “We will be Martians” session as an example. The moderator organized the discussion into a three-part story: “Launch – Voyage – Home”, with a mix of technological, physiological, and psychological challenges discussed under each part.

Although it was quite obvious that panelists’ response were scripted, the benefit is they are better at using plain language to explain complex concepts. For example, the Luna Gateway is analogized to a “slingshot” and launching mechanic to “throw a ball”; the distance to Mars was described as “2,000 times of the distance to moon”, because the absolute number is too big to internalize. When a panelist using words like “auditory sensor”, the moderators will rephrase it to “hearing”.  I also loved how the moderator framed her question: “What have we learned about… ?”

On a different note, if you are relatively familiar to the topics, you probably won’t find these discussions very helpful in learning new things. Next year, I will definitely go to more sessions that I am not familiar with.

Learning Focus #2: The relationship between Technology and Society

Although sharing scientific factual information is fun, the discussions struck a chord with the audiences when it talked about how technology isn’t just changing society – it’s changing what it means to be human. Why do we care so much EMOTIONALLY about AI beat human in Go? CRISPR allows human to change the biology process that nature has been taking charge for millions of years – is there a bottom line we should draw as a society? If our senses are not meant to reflect the reality of the world but to help us with survival, how should we interact with the world? It was a humbling experience for the audience to see our limitation as an individual and as a society.

Learning Focus #3: New Concepts For Me

FUN FACT 1: CRISPR is basically a technology that allows people to edit the DNA of any organism in a simple and affordable way. Think it as editing a document with the shortcut of “find – cut – paste”. The Cmd+F is a single-guide RNA, which can accurately locate the part of genome we want to edit; the Cmd+X is a type of enzyme called CAS9, which cuts the DNA strand so that a segment could be add, delete or replaced with a customized DNA sequence.

FUN FACT 2: What makes CRISPR amazing is that it’s so precise: The CAS9 enzyme mostly goes wherever you tell it to. And it’s incredibly cheap and easy: In the past, it might have cost thousands of dollars and weeks or months of fiddling to alter a gene. Now it might cost just $75 and only take a few hours. You can even buy a kit on Amazon to CRISPR a bacterium right at home for $159. And this technique is so versatile that has worked on every organism it’s been tried on.

FUN FACT 3: It is also important to understand that depending on which type of gene cell is edited, somatic or germline, the changes could impact the individual only, or become inheritable. Therefore, the applications could be revolutionary – from editing crops to be more nutritious to fight world hunger, to do a gene drive on mosquitoes to end malaria, to stop genetic diseases like Sickle cell among humans, and to cure cancer and create designer babies. According to Prof. Jennifer Doudna, the co-discoverer of this technology, all these applications could be realized within our lifetime (in the next 20-50 years) except the designer babies part, as currently scientists are still mapping out what function each genes serve.

As scary as it sounds, this is the first time we are changing the biology process, which nature has been taking charge for millions of years. Therefore, the real discussion at this panel is more about how can we as a society take necessary caution considering the intended/unintended potential consequence driven by this technology. Prof. Jennifer Doudna shared a dream she had: Hitler, looking like been CRISPR-ed already, was asking her more questions about this technology. The Chinese physicist JK He’s research on human embryo is at the center of discussion: Why the Chinese researcher took the step and what he could do differently? If he didn’t do this, how long would it take till some else take this step? What is the bottom line we, as a society, should draw?

I am very skeptical about WHO could come up feasible regulation in time and effectively restricting the usage of this new technology on a global scale. There have been plenty of failed examples, from ozone layer protection to nuclear weapon… The economic drivers behind individuals and countries to push the boundaries are as enormous as the other revolutionary technologies, why we think this time we can regulate it better? At the same time, I am very optimistic on the progress the technology could make during the next 20 years. CRISPR is almost like an open-source technology, that is available to all NFP and research institutes. I think this discussion boils down to how we collectively perceive human as a species and whether we believe our value system should remain as it is today. However, is human really that different from other animals? Is it possible we have a universal and lasting value system? With negative answer for both questions, I think all the things we are worry about today would become true, it is just a matter of time.

FUN FACT 2: There is too little space in the spaceship! (Pun intended) – 6 people cramp within 1,000 square feet cabin for over 10 months. To keep astronaut sane, NASA conducts simulations in Hawaii to study the group living skills and has revealed some desired astronaut psychology: Thick skin, Long fuse, Resilient to conflict, Easily entertained, and Optimistic. Might be a helpful reference when looking for roommates?

FUN FACT 1: Psyche means mind and delics means manifest. Psychedelics is not about hallucination, but about dissolving ego and revealing the capacity of our mind. The story about how LSD was discovered and then had today’s cultural connotation was fascinating. Long story short, the banning of psychedelics had no medical or scientific foundation.

FUN FACT 2: Amazonian shamans use mushroom with Psychedelic effects on themselves rather than patients when they try to provide treatment.

FUN FACT 3: The current renewal research on psychedelics could be a game-changer for Psychiatry. Depression is a $210 billion/year market in US and Psychedelics have shown amazing result on treating psychological pain from end of life/cancer, addiction/alcohol, PTSD etc. 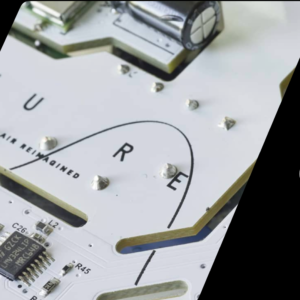 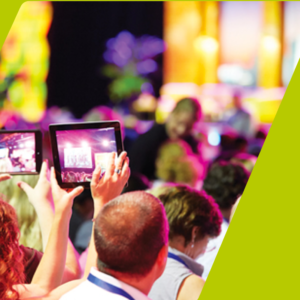 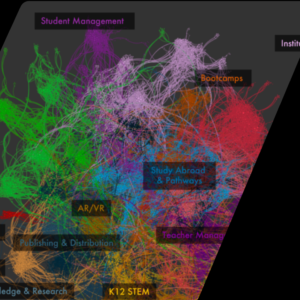 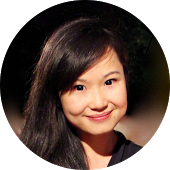